Sunday night, kids are finally in bed and Jack just finished watching the game. I just finished picking up some of the stuff and prepped for tomorrow morning. The house is not too chaotic but it’s still pretty bad, there’s stuff everywhere. This is the way were most functional. When people come over we pull an illusion stunt where nothing appears to the naked eye and the house looks clean, but in reality, everything is hidden.  We take all of the laundry baskets and hide them in our closet. When I say laundry baskets, I’m not talking about one, two or even three. Right this moment there are six or seven laundry baskets full of clean clothes that need to be sorted, folded and put away. We’ve run out of actual baskets and started using empty diaper boxes.

Why am I telling you this? I don’t know, maybe so you can stress less when you see your own piles of unfolded laundry.

I’m sitting in the living room, looking at 2/3 of our Christmas tree. This year we decided to only put up 2 out of 3 parts up.

Jack’s arguing with me right now… something about diapers in the trash, and tomorrow being garbage day… and “you know it will stink if it stays there the whole week…” I don’t even know what he’s talking about… I just say “Sorry babe, you’re right” and all of my problems disappear.

I’m not just saying… he’s probably right for real…I’ve learned to be more than open towards that possibility. Jack and I argue a lot, we fight to the death. We can scream and shout, anything it takes to express ourselves, but our arguments never have any consequences. By no consequences I mean, after we’re done arguing we don’t treat each other any different than when we haven’t argued.

He’s back…arguing again…jeez! What is it this time… the habs must’ve lost, he needs emotional support. A man after a bad game is like a girl that’s PMS-ing.

Again, no consequence arguing, that means you argue, then resume to your normal relationship. No grudges, no resentment, no bitterness, no drama and no time apart! It’s great to know that you can fully express yourself without it affecting the relationship. It’s happened once that we we’re deciding on which movie to download to watch the same night, during the decision process we got into one of these fights… I don’t remember what it was about but I just know we we’re yelling, cutting each other off, using the words “ you always” (which is the worst thing you can do) basically it was pretty bad until Jack yelled “STOP!” then said “ Can we choose the movie first and continue the argument later, so that the movie can at least start loading.” So I sat down and we normally conversed about the movie we wanted to watch, he clicked the Download button and then said “Ok, continue” and we started fighting again. And when it was over, we watched the movie.

It’s normal to argue, a relationship is never easy, so why make it harder with consequences. If I went straight to bed after each argument and he stayed up alone watching TV, the argument would’ve had doubled its negative impact.

It’s hard at first and you do have to swallow some of your pride, but it’s well worth it.

-“Yes, now come and give this idiot a kiss”

Be caring, be forgiving, be happy. 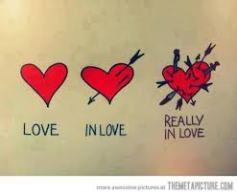 Tagged as couples arguing, fighting after having a baby, happy marriage tips, happy parenting, how to stop fighting with husband, make up, mommy blog, parenting, reality blog, relashionship advice for parents, save your marriage, sick of laundry