Finally, kids are asleep. That includes A3 who now at almost 4 months just started a semi-regular sleeping pattern.

What an evening it was ! Supper time was ultimate choas, A2 was covered in food by the end of it and we later found left overs in her diaper. A1 refused to eat, so out came the threats.

“You threaten your kids? Shame on you!”

I do whatever needs to be done. Threats, blackmail, we all do it, let’s not kid ourselves… “If you don’t eat I’ll tell the tooth fairy not to come see you in two years when you start losing your teeth”.

A1’s super excited about the tooth fairy business but she’s still only 4.

The other night, when I was lying in bed next to her as she requested, she was talking. I was so tired that I was slipping in and out of sleep. She was saying “Baby teeth don’t have roots, that’s why it doesn’t hurt when they fall” (is that even true?) When I woke up again she was saying “The eagle is the king of birds” and then I must have fallen asleep again. When I opened my eyes a few minutes later she was making shadows on the wall. Next thing I know i feel a little finger poking my face “Mommy, you’re sleeping ? But when am I going to see a REAL hippopotamus?”

Tonight A1 went up to bed by herself and this  is a big deal is this house. Jack and I can stop arguing over who’s turn it is to do it. We do it in code obviously.

“Ok time for bed, daddy’s going to take you up tonight !”

Daddy: But mommy! You should go, you tell such great stories ! 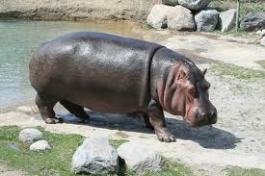 Me: Yes, but Daddy’s going to scratch your back!

Daddy:  Honey, who do you want to go up with you?

We all know the answer to that one… it never fails.

Ah! we’re going to regret this when they become teenagers and don’t want to have anything to do with us.

Parenting is a constant guilt trip.

Another big achievement in our house, A2 now picks us dirty rolled diapers and puts them in the trash. Then gives herself a round of applause.

With A3 sleeping a little better, A1 going to bed by herself and A2 picking up diapers, alot is changing around here. I can see the light at the end of the tunnel. Then again, perhaps I don’t want to see the light, I don’t want this tunnel to end…

All this house playing business can get overwhelming but my overall attitude is to stay calm and truly enjoy it. They say “It passes fast, enjoy them”… and boy are they right.