The hare and the Anniversary Special

Hare: n. Any of various mammals of the family Leporidae, especially of the genus Lepus, similar to rabbits but having longer ears and legs and giving birth to active, furred young. (thefreedictionnary.com)

Dishes, laundry and bathing three kids leaves mommy in a cold shower by the end of the evening. No more hot water.

Right before that, A1 asked to be read a story before bed. So I started:

“ I’m gonna tell you the story of the turtle and the, the hmmm… how do we say “lièvre” in english.”

Me : It’s a wild rabbit that runs fast.

Me : No. Let’s ask daddy. DAAADDDYYY

Jack answers from across the hall “What!”

Me: How do you say “Lièvre” in English?

Btw as I wrote  this Jack came up behind me and said. 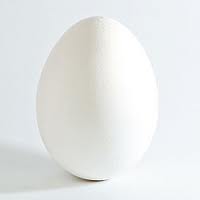 “Don’t post this; people are going think I’m stupid… You’re still going to post it aren’t you? Your blog is nothing without me!”

And he’s right the blog is about my life and he’s a big part of it. Since we’re talking about Jack, might as well continue.

In our house weekends are so chaotic that we rarely have time to eat, so I always prepare a bowl of hard-boiled eggs so we can at least have a quick dose of protein in a snack. Jack has made it a habit to crack the egg on his head. Yes you read right. He takes the boiled egg and he smashes it on his head. It’s partly to make the children laugh but he does it even when they’re not around.

So Saturday, on our anniversary, I decided to put one non-boiled egg in that bowl.

I think you can imagine the rest…